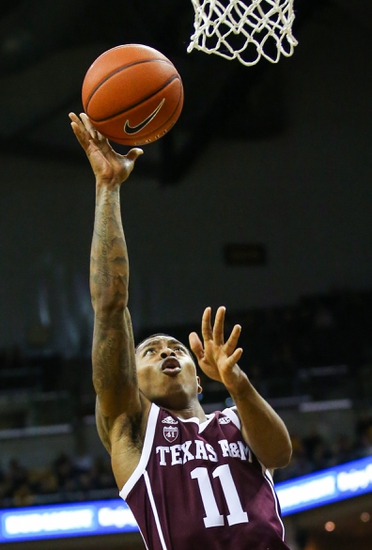 Last weekend Tom Crean said publicly that he basically made some mistakes in keeping some of the players on this Georgia Bulldog (10-14, 1-10) roster. I know he apologized, but that doesn’t erase the fact that the words were said and those thoughts existed (and maybe still do) in his mind.

Either way, I expected the Dawgs to come out with a little more fire than they showed on Tuesday night in College Station. I guess I presumed that some, or all, of those UGA players might want to prove Crean wrong.

Instead, Georgia mustered up just 56 points in the loss of a game that they could have stolen on the road against a Texas A&M (10-13, 3-8) team that has been decimated by injuries this season.

The Aggies played zone defense against UGA the entire game. This strategy by Coach Billy Kennedy seemed appropriate considering Georgia entered this contest last in the SEC in both field goal percentage (39.8%) and three-point percentage (30%) in league games.

There are basically two ways teams can exploit a zone: they can shoot the defense out of it or drive the ball to the soft spots to draw defenders and create opportunities. Georgia failed to employ either of those aforementioned tactics. The Dawgs shot an abysmal 3 for 23 from beyond the arc. Tyree Crump made only 2 of his 11 three-point attempts, with numerous of those shots coming from well beyond the line. UGA got outscored in the paint 36-28 in a game in which they had a distinct size advantage inside. Derek Ogbeide, who’s been this team’s best back-to-the basket offensive player, took only 4 shots; Rayshaun Hammonds, the team’s leading scorer, had just 3 attempts from the floor himself, and he finished with only 5 points and 3 turnovers.

The only Georgia player who held their own in this contest was Nic Claxton, who notched a double-double with 18 points and 10 rebounds.

Georgia definitely played at a slower pace on Tuesday than we have seen in a while, and my guess is that was intentional on Crean’s part in an effort to limit turnovers, which it did as the Dawgs only coughed the ball up 12 times against the Aggies. However, Georgia’s execution on offense was an exhibition in futility, and honestly, it was painful to watch.

The Dawgs played a lot of zone defense themselves against A&M, particularly 2-3, which was most likely done in an attempt to take some pressure of the Georgia guards defensively. This look befuddled the Aggies for early on, but eventually A&M got comfortable offensively and buried 4 triples during the final stretch of the first half as they finished 45% from the field heading into the locker room with a 34-21 advantage.

The Aggies offensive rhythm continued to improve as the game progressed. Kennedy’s team pounded the ball inside to Christian Mekowulu, who responded with 15 points and 15 boards. Sophomore point guard T.J. Starks had his way with UGA for much of the night as he ended up with 19 points and 4 steals.

The dagger in this one came during a 7-0 Aggie run in the initial segment of the second half when Jay Jay Chandler sunk a triple to make it 47-29 A&M with a little over 14 minutes left in the game. Any Georgia fan who changed the channel at this point undoubtedly had a more pleasant Tuesday evening than the ones who stuck around to the end of this contest.

The sophomore only committed 1 personal foul in College Station. He still has 77 on the year, but maybe he won’t completely destroy last year’s total of 81 PFs. At the half of this game, Hammonds had 0 points and 3 turnovers. As a stretch big, Hammonds should be the perfect fit for a system like Crean’s, yet he continues to play below expectations.