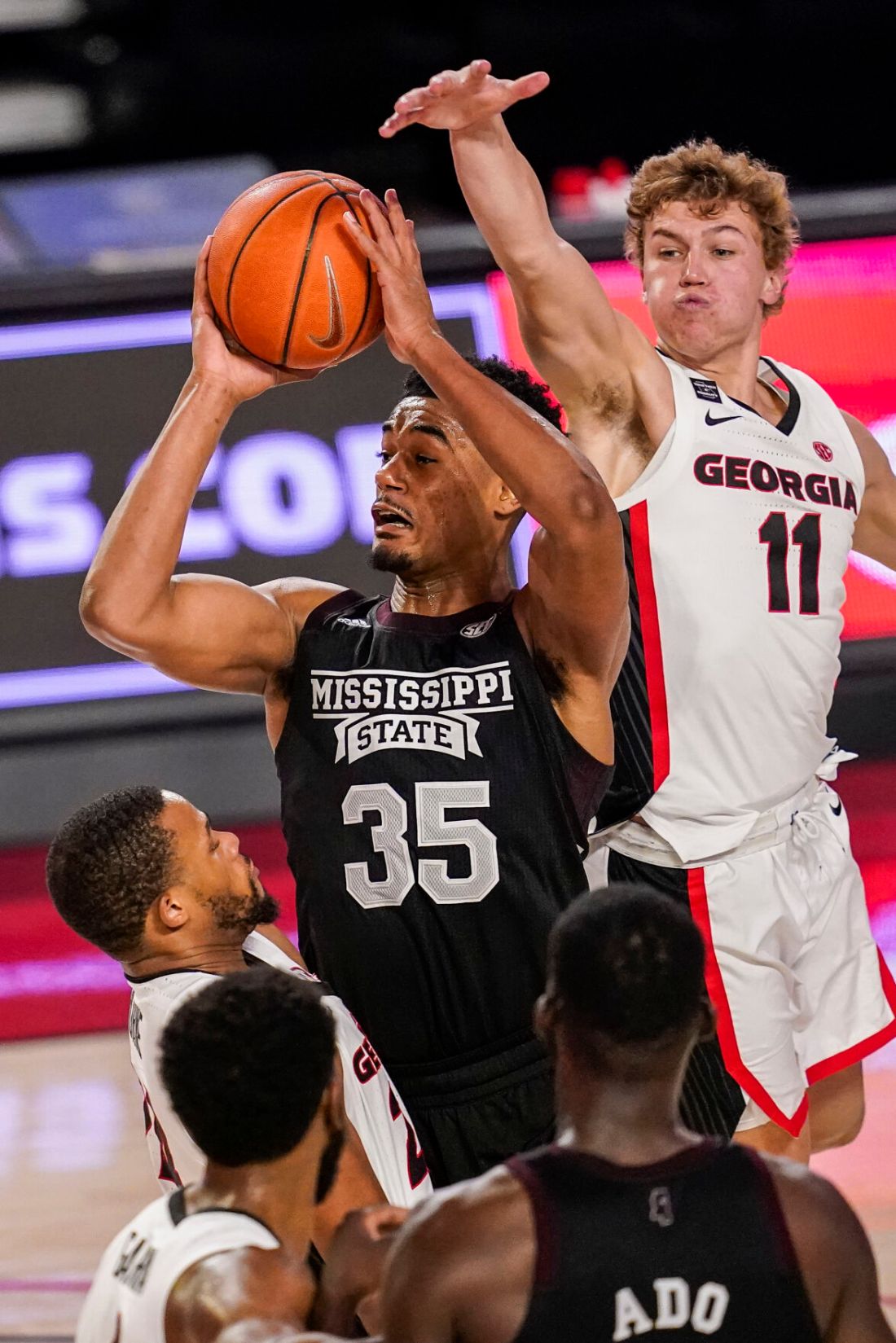 The Georgia Bulldogs (7-1, 0-1) dropped their SEC opener for the 4th time in as many years as the Dawgs fell 83-73 to Mississippi State in a game in which UGA never led. This game marked the first loss for Tom Crean’s team of the season, and while it’s not time to hit the alarm bells just yet, it certainly should give Georgia fans some pause for concern.

UGA’s defense never seemed fully-engaged against the Maroon Dawgs. Georgia’s strengths thus far on this side of the ball have been turning teams over and defending the perimeter well. Neither of those occurred often enough to win against Ben Howland’s team. UGA entered this contest as one of the top teams in the nation in opponent turnovers per game (19), yet Mississippi State had just 12 on Wednesday night in Athens. The Dawgs failed to disrupt the passing lanes in the half court set and that resulted in just 9 points off turnovers for Georgia (to State’s 22).

Georgia’s defensive closeouts around the arc were borderline lazy as they permitted Missy State to connect on 12 triples. I foolishly assumed that UGA might tighten up the pressure on the outside when Deivon Smith hit his team’s 6th three of the half with over 10 minutes remaining before the break, but the Dawgs gave up 6 more triples before the final horn sounded. Missy State point guard Iverson Molinar ended up playing just 26 minutes due to early foul trouble, yet he still ended up leading all scorers with 24 points on a 4 of 6 effort from beyond the arc. Molinar completely had his way with the Georgia backcourt, and I wondered if Tom Crean might give him the Andrew Garcia treatment, but that didn’t happen.

The problem with all of this inefficient defense is that it greatly impacted UGA’s offense. You might go so far as to say that Georgia’s ability to be successful on offense depends solely on if UGA can generate steals and stops; that’s what allows this team to play fast, which is definitely the style they are most comfortable playing. Last night, however, the Dawgs netted only 9 points on the break, a crippling statistic for this team.

The tempo of this contest forced Georgia to play in the half court on offense for most of the night, and that portion of UGA’s game is still a work in progress. The Dawgs settled for threes to start the game; unfortunately, they made just 1 of their first 9 attempts. Georgia ended up making 36% from the perimeter thanks to a 5 of 10 performance by P.J. Horne (21 points). The Dawgs hoisted up 25 three-point attempts on last night, which feels like an awful lot for a team that only has two outside shooters (Horne and Justin Kier).

Coming into this game, Georgia had been one of the more prolific two-point scoring teams in the country. UGA had been averaging over 47 points a night on two-pointers, while last night they mustered just 34. Sahvir Wheeler is only a sophomore and still developing, but he has to find a way to be more effective at scoring the ball in a slower paced game. Wheeler finished with just 6 points on a 2 of 10 shooting performance, and he struggled to score around the rim against the bigs of Missy State. Wheeler did dish out 8 assists, but they came at the expense of 5 turnovers. Ultimately, Sahvir has to be better at producing offense if the Dawgs hope to win more SEC games than last year’s total (5).