Derek Ogbeide’s turnaround hook with 7 seconds left was just a tad long, which allowed Temple to secure the rebound and eventually bury a pair of free throws to seal the 81-77 home win, their third of the season. The fact that the Dawgs (1-1) even had the ball with a chance to win at the end of this game was nothing short of miraculous considering that they trailed the Owls for the majority of the contest.  I mean, UGA fell behind Temple 77-70 with 2:25 left after Quinton Rose hit what appeared to be a dagger as the shot clock nearly expired.  Georgia’s effort in this one should give fans optimism of what this season could hold if the Dawgs can show improvement on both sides of the ball.

To be fair to Tyree Crump, though, a big reason why Georgia even found itself in a position to win was because of the junior’s offensive explosion that came on toward the end of the second half. Crump scored 10 of his 16 points over the final 5 minutes of the game. He’s definitely looking more comfortable in Crean’s offense compared to how he’s appeared in his previous two seasons with the Dawgs.  Crump hit a pair of threes, but he also scored multiple buckets around the rim off drives, which is a part of his repertoire that we’ve yet to really see from him.

While Ogbeide came up short (technically long) at the end for Georgia, his play throughout this game enabled the Dawgs to keep within striking distance of the Owls.  The Georgia senior tallied his first double-double of the season, netting 16 points to go along with 11 rebounds.  Ogbeide’s upper-body strength caused problems for the Owls inside as the senior repeatedly drew contact and finished around the basket.

The same problems that plagued the Dawgs in the opener against Savannah State reared their ugly head again tonight in Philadelphia.  For starters, Georgia gave the ball away 20 times, and those turnovers led to 22 Temple points.  That makes UGA 2 for 2 on the year in coughing the ball up 20 times in a contest. Georgia’s ball security didn’t hurt them as bad against overmatched Savannah State, but it crippled the Dawgs this evening.  When a team loses by just 4 points on the road, it’s really hard not to look at those turnovers and wonder what might have been if that total had been just 5 less.  I realize that turnovers are going to happen with this team, especially considering the tempo that Tom Crean wants for his offense.  But the pace of this game didn’t cause the turnovers this evening; most of them can be attributed to just plain sloppiness.

Also, much like in the Savannah State game, Georgia did not play strong enough defense on the perimeter.  Temple’s Quinton Rose and Shizz Alston each went for 25 points, and guard Nate Pierre-Louis added 16 himself.  The Owls’ stars moved the ball into the teeth of the UGA defense with ease, which led to both Nicolas Claxton and Rayshaun Hammonds playing in foul trouble for much of the game (Hammonds fouled out in the final seconds of play).  Georgia’s backcourt has to do a better job of staying in front of opponents so as to protect the bigs inside defensively.  Hammonds, who buried a clutch three-pointer to cut the lead to 79-77 with 27 seconds remaining, scored 13 points in just 17 minutes of play.  If the Dawgs are going to win on the road, they need Hammonds on the court.

The biggest surprise of the night statistically had to be that Georgia outscored Temple in the paint 42-30, and that the Dawgs took just 10 shots from beyond the arc.  At the half, Georgia had attempted only 3 three-pointers. This shot selection varied tremendously from the opener in which UGA put up 27 attempts from the perimeter.

Tom Crean’s team got its first taste of real competition tonight, and they weren’t quite ready.  However, considering that this was just the second game for a team that is playing in a new system for a new coach, the end result wasn’t all negative (not to mention that Georgia had to fly up for the game TODAY due to technical difficulties with the plane). The real test for UGA will be how much they improve as the season progresses, which was something that Mark Fox teams struggled to do in the latter part of his tenure as the Dawgs’ head coach.

On a personal note, I’m going to be traveling and running a 30-kilometer race in Moab, Utah over the first half of Thanksgiving, so I’ll be following the games via my phone for the next few contests leading up to the holiday tournament in Grand Cayman. 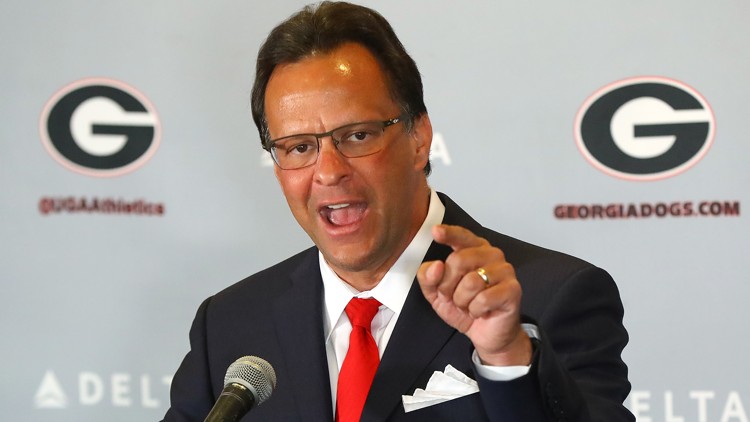 Tom Crean proclaimed that his team was going to shoot the three, and he wasn’t lying. His Georgia Bulldog squad hoisted up 27 of them last night against Savannah State.  He also alluded to the idea that the Dawgs would play more up tempo, which they certainly did as UGA put up 70 field goal attempts – an impressive feat considering the Dawgs coughed the ball up 23 times.  In last year’s 79-54 season-opening win over Bryant, Georgia took just 60 shots from the floor.  UGA’s 110-76 win over Savannah State marked the first time the Dawgs have eclipsed the century mark in scoring since 2007, when a Dennis Felton-led squad put up 107 on Jacksonville State in that season’s first game.

One thing is for sure, Georgia basketball looks different this year.  Clearly, Crean has drilled it into his players heads that he wants them to get shots up earlier in possessions.  Georgia had just one shot clock violation against the Tigers, and I don’t anticipate that we will see too many more of those this season.  From the opening tip, the Dawgs were pushing the ball on both makes and misses.  This speed of play is a welcome change of pace from the Mark Fox days, when the game could at times be slowed to a crawl as players purposelessly moved the ball around the perimeter.

In the halfcourt set, Crean has this team properly spaced and ready to attack. Savannah State tossed a lot of junk trap zones at Georgia since they were clearly overmatched and unable to play man.  The Dawgs routinely found soft spots in the zone on the perimeter that turned into open threes, or, when players penetrated, two guys moved to open spots and made themselves available to receive the ball. Crean seems to have simplified the offense for this team in a way that promotes creativity.  Watching Mark Fox’s offense wasn’t fun for the fans, and it couldn’t have been much fun for the players as they routinely looked like they were trying to fit a square peg into a round hole.  Crean’s style appears to be the antithesis of what Georgia basketball has been for the past decade, and that is refreshing.

The Dawgs were not without fault, however, as they let a Tiger team that lost 11 players from a year ago cut a 25-point halftime lead to just 9 points after Zaquavion Smith hit a three-pointer to make it 63-54 with a little over 14 minutes left to play.  Georgia’s defense overall looked sloppy; the guards did not provide nearly enough resistance against the Savannah State penetration.  Luckily, Nicolas Claxton, who scored 15 points to go with 13 boards, was there to clean things up near the rim as the sophomore tallied up 5 blocks, but that’s not always going to be the case when Georgia faces stiffer competition (like on Tuesday at Temple).

The 23 UGA turnovers were unfortunate as well, especially considering that point guards Turtle Jackson and Tye Fagan led the way with 3 apiece. Ultimately, those turnovers didn’t hurt against the Tigers, but they will eventually become problematic as the season progresses if the Dawgs can’t find a way to clean things up.

All and all, though, this was definitely an entertaining first game. Crean is highly-animated on the sidelines.  He daps players up when they succeed, and he waves his arms maniacally in frustration when they err . He’s clearly way more Kirby Smart than Mark Richt as far as where he wears his emotions, which is smack-dab on his sleeve. Make no doubt about it – this is a rebuilding year.  But, it’s going to be fun to watch.